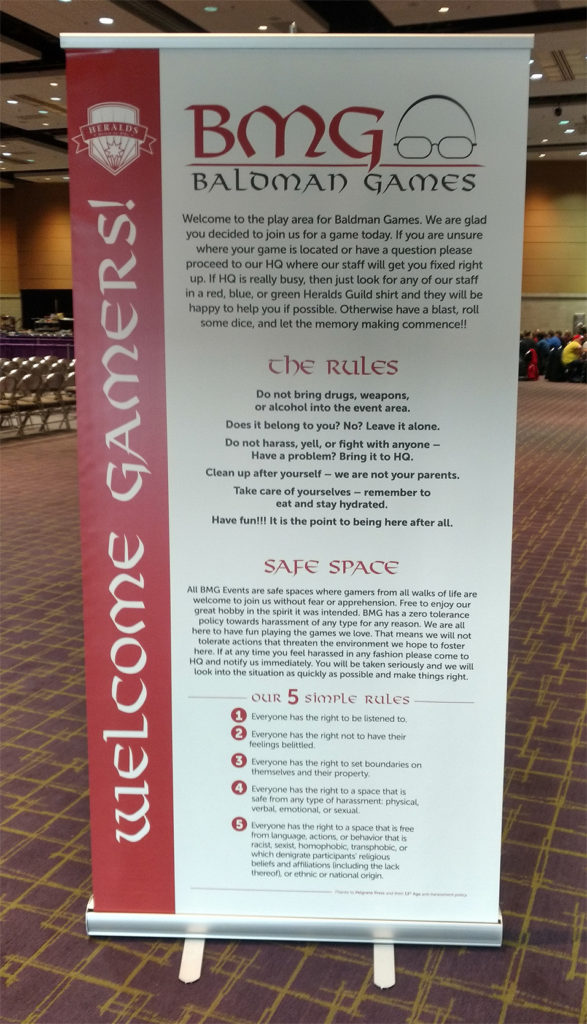 Winter Fantasy first began in January of 1977, and was held at an American Legion hall in Lake Geneva, WI. It’s been to Milwaukee, Chicago, New Jersey, and even Washington DC. However, it’s been held in chilly Ft. Wayne Indiana since 2009. Some folks may also know it by “DDXP” or “The D&D Experience” as in 2007 it was given that name in part with Wizards of the Coast. However, in 2012 WotC changed their minds and decided the name should be reserved for exclusive Gencon events, at which point in 2013 the convention resumed its former name of Winter Fantasy.

A small but mighty convention, Winter Fantasy doesn’t have the hustle and bustle of big cons, but still contains all of the awesome tabletop gaming bliss. Good company, great games, and epic scenarios where dozens of tables full of players participate in a collective story. Cheers and jeers of both joy and sorrow can be heard throughout the hall as players and GM’s alike become fully immersed in the battle interactive.

Winter Fantasy has a history of  playing host to a wide variety of innovative tournament and organized play games. Including popular living campaign programs such as Living City, Living Greyhawk, and Living Forgotten Realms. The 2013 convention included Pathfinder Society games run by Paizo Publishing in addition to Wizards of the Coast organized play events. The convention has always been closely tied to the RPGA, and was actually sponsored by the RPGA from 1989 until TSR went bankrupt.